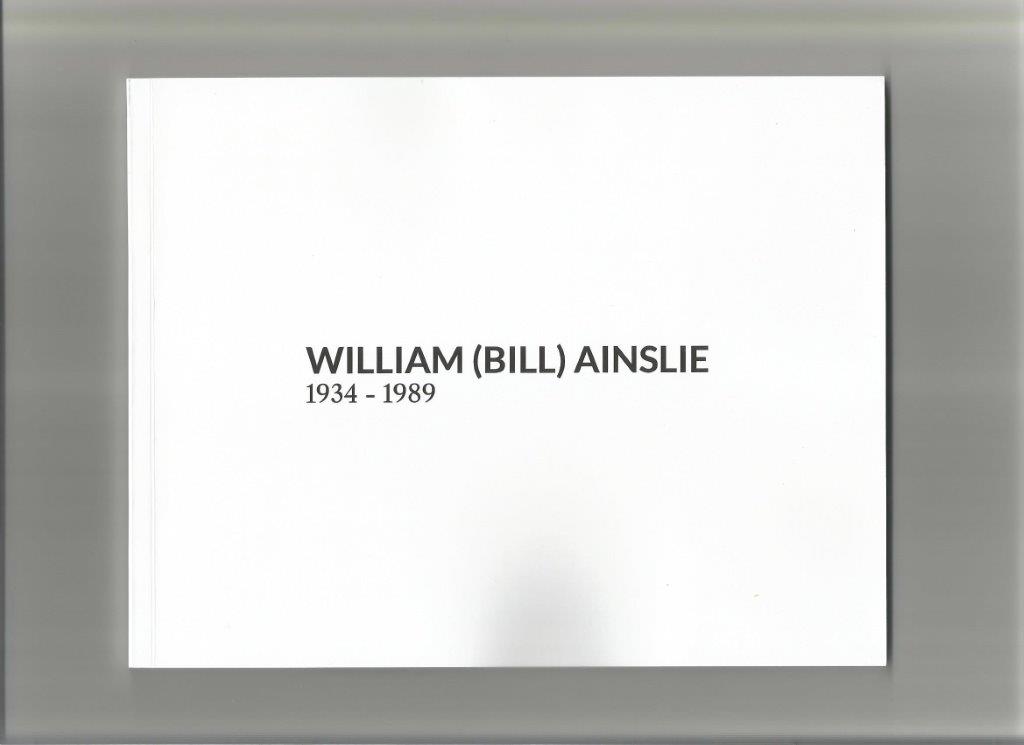 Bill Ainslie was killed in a motor collision in August 1989 when returning to Johannesburg from an art workshop at Pachipamwe, Zimbabwe. The paintings that he made there were posthumously exhibited in Oxford, England and Johannesburg. This last set of paintings is amongst his freest and most liberated work.

To mark the 25th anniversary of Ainslie’s death, the painter Jill Trappler and her psychologist husband have assembled a clean and incisive collection composed of minimal text and maximum display of Ainslie’s mature abstract paintings, with the emphasis on the work that he showed in the mid 1980s and the Pachipamwe series.

During the 1970s, Ainslie laboured to establish in suburban Johannesburg a formally stable site for an art teaching centre as well as his personal studio. When this was achieved by 1982, he then assembled two big sets of acrylics on canvas paintings which were displayed at the Goodman Gallery in Parktown in 1984 and 1986. As the selections in the Trappler book show (and the thirty-six reproductions are very good indeed) his big abstracts, though never as popular as his earlier, figurative works, are powerful explorations of the capacity of paint to combine spiritual and sensual aspects of human experience. These paintings are essentially poetic in their strength and evocative beauty and must be ranked among the finest of South African painting.

This book also offers instances of the Pachipamwe works, Ainslie’s final paintings, which demonstrate further advances of his technical and intuitive skill with paint. Their small size and their fragile combination of paint and paper make them float and dance in contrast to the big mid-1980s canvases.

In addition to a few earlier paintings this book also has a composite page of Ainslie’s portrait drawings, which offer neither the finest instances of Ainslie’s ability to draw nor of his portraiture.

A further quality of the Trappler book is that it signals the likelihood of renewed attention to Ainslie’s presence in Johannesburg as painter, teacher and committed promoter of opportunity for every kind of person to experience the joys and demands of creativity. It also makes one regret that he did not live to achieve his full stature in a post-apartheid South Africa.

Copies of this book can be obtained through Jill Trappler who will arrange, on payment, to have the required number of copies printed and sent to buyers.

Michael Gardiner was a friend of Ainslie from the 1950s and was the first chair of the Johannesburg Art Foundation Council in 1982.

New Shop - link in bio. I have updated my website

Beyond the wall. Oil on canvas See Artvark auctio